As part of our ongoing series on the care of artwork at Museum of Glass (MOG), this post reviews the methods that we employ for protecting our collections from thieves and vandalism.

It is always a delicate balance between putting artwork out for visitors to enjoy today and protecting pieces for future visitors to appreciate. This explains the myriad of Plexiglas® vitrines and metal barriers you often encounter in MOG’s galleries: they protect artwork while it is out on display.

Lots of artwork comes in and out of MOG for our exhibitions and storage in our Permanent Collection. Each of these objects is logged into our database and tracked as it makes its journey.

The information tracked by the Museum not only forms the historical provenance of the artwork, but is invaluable in the event of a loss or damage that either requires repair by a conservator or filing an insurance claim.

These methods of inventory control also protect against a condition called “disassociation”. Disassociation results from the natural tendency for ordered systems to fall apart over time. Objects in museums which have been separated from their history or meaning have limited historical or cultural value.

For example, the amazing installation Landscape, created by artists Ingalena Klenell and Beth Lipman in 2008-2010 (now in the Museum’s Permanent Collection) and composed of over 400 individual pieces of glass, could become a pile of scrap glass if it was separated from its inventory control sheet and installation map. 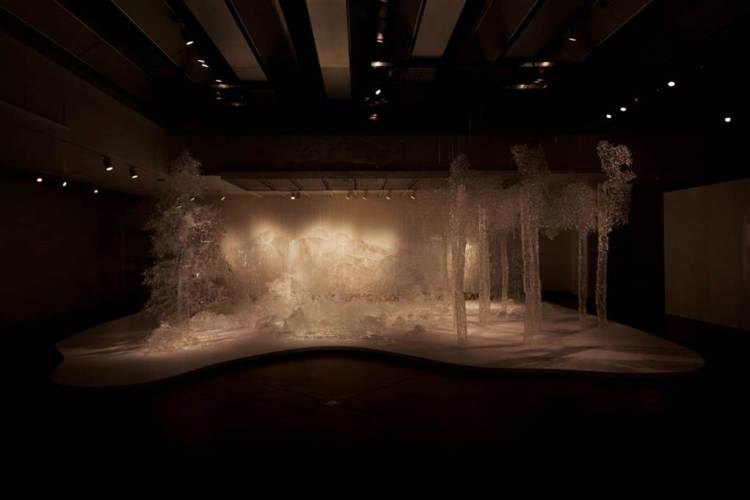 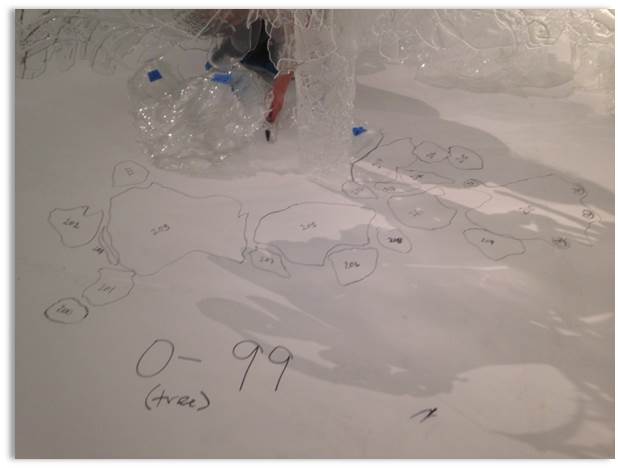 Or this bowl, which we know is made by Barovier & Toso, one of the oldest Venetian glass families, loses its significance if we don’t retain that information for future generations of museum staff, researchers, and visitors. 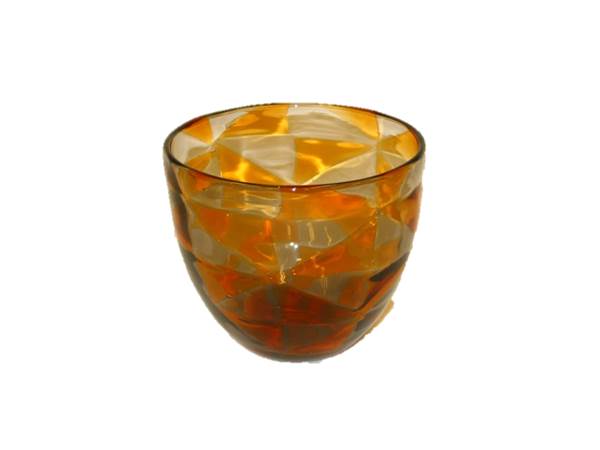 Much like those photographs of mysterious ancestors that find their way into antique shops,if you don’t know their names and the names of their descendants, the photos lose much of their historic value. 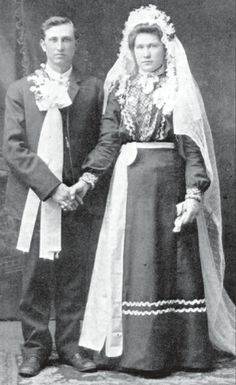 Rebecca Engelhardt is the Registrar/Collections Manager at Museum of Glass. Her background includes ten years at MOG, plus time at major museums such as Smithsonian Institution and The John and Mable Ringling Museum of Art.

The educational movement known as STEAM (Science, Technology, Engineering, Art, and Math) made a visit to Museum of Glass (MOG) over the course of the last two weeks in the form of a class from kiln glass artist Shandra McLane. McLane and her team traveled from her studio, Squam River Studios, in New Hampshire to offer their self-designed curriculum, Engineering the Glass Seed, to a group of 23 high school students from Tacoma’s Science and Math Institute (SAMI) and Tacoma School of the Arts (SOTA).

The curriculum provided a chance for students to explore various artistic, scientific, and mathematical concepts based on the inspiration of the Svalbard Global Seed Vault, a storehouse for the world’s seeds in the event of a man-made or climate disaster. The teens were asked, “If you could design a seed, what would be its purpose and what would it look like?”

During the class, which ran for three days, the students built clay models of their seeds, created a plaster mold from their models, and cast the molds in glass to be fired in the kiln. The class covered a wide range of topics, including: design principles, ratios, color-tinting, and basic mold-building.

This curriculum is a pilot program, funded by the Swedish American Exchange Fund Grant, and the Museum’s class was the third and final portion of the program. Dartmouth College in New Hampshire and The Glass Factory in Sweden also participated.

Last September, Seattle-based artist Ethan Stern received the People’s Choice Award at the annual Museum of Glass Red Hot Auction and Gala. Stern won for his piece Verdant Sea, and was  offered a 2015 Visiting Artist Residency as part of his prize.

Stern studied ceramic art at both TAFE College of Ceramics in Brisbane, Australia, and Alfred University in New York, but soon found himself drifting toward the art of glass. While attending the Pilchuck Glass School in Stanwood, Washington, Stern began exploring techniques for engraving and carving glass, a process he continues today.

Stern began his five-day Visiting Artist Residency at the Museum this week and is working with the Museum of Glass Hot Shop Team to create pieces for both new and current series that he will eventually carve. Stern is experimenting with clear glass pieces for his new series Clear Coast, while also continuing his 2014 series Lunar Light.

Visiting Artist Residencies allow artists from all over the world to work on their craft without the hindrance of financial constraints. Stern notes, “when you’re experimenting, it’s nice not to have those pressures.”

With the pressure removed, Stern has been playing with the scale and shapes of his Lunar Light pieces, departing from his more traditional sharper edges to create round, oval, and even teardrop shapes.

And in contrast to the clear pieces he has made for Clear Coast, which he will later carve, Stern is also experimenting with layers of color as he revisits a previous project, Ice Coast, which Stern has previously made in white.

While he did not enter his residency with the intention of making pieces for a specific exhibition, some of the pieces may be included in two of his upcoming exhibitions in the fall and winter of this year, one of which is a show at Seattle’s Traver Gallery in September.

Like many artists who exhibit their work and produce art in their own studios, Stern often finds himself tied to commitments, but coming to Museum of Glass to spend five days in the Hot Shop is a liberating change of pace.

“The opportunity to make things outside of those commitments is energizing,” says Stern. To see him using this artistic energy in the Hot Shop, visit Museum of Glass on Saturday or Sunday, or tune into the Museum’s live stream.

Alex Carr is the Digital Media Coordinator at Museum of Glass. When she’s not circulating the Hot Shop floor trying to get the perfect Instagram shot for the Museum, you’ll find her baking at home, running at Green Lake, or exploring Washington’s wineries.

I met Landscape by Beth Lipman (American, 1971) and Ingalena Klenell (Swedish, 1949) three years ago as a graduate student at University of Washington’s Museology program. We came to Museum of Glass for one of my class field trips, and Landscape definitely made an impression. If you haven’t had a chance to see the piece, it is truly breath-taking. It is a 3D, 31×18 foot collage made of 425 thin pieces of glass that hang from the ceiling or sit on the ground to compose a wintery landscape.

As I sat on a bench looking at the piece, I turned to one of my classmates and said “Man, I feel sorry for the guys who have to take that down.” Turns out…one of those guys is me. Last week I traveled with our exhibition designer, Lynette Martin, to Figge Art Museum in Davenport, Iowa, where the Landscape had been on loan since February 2014. Our mission? To successfully take the piece down and pack it in crates, all while documenting the location of each piece so that we can hang Landscape the same way at future venues. Imagine you just completed a 500 piece puzzle. And, now that you’re finished, you have to write instruction as you put it away, so that the next person can put it back together exactly the same way. That is a good way to think about our process. Here’s how we did it: 1. Number each of the pieces using pieces of blue tape and Sharpie.

2. Take lots of photographs! We use these photographs to help decipher where each piece of glass goes, along with how to orient it top to bottom. Since all of the pieces are clear, we use a black piece of tagboard to create some contrast between layers.

3. Trace the outline of each piece directly onto the floor using a Sharpie. The result was a huge, numbered, template that described which piece goes where and corresponds to the photographs and numbers. We took a large sheet of plastic and traced over the floor, giving us a map that we can use for the next installation.

Those three steps got us through all 425 pieces of glass. It took a team of 6 people about 140 hours to take the piece apart, all while surviving near-record temperatures and humidity, along with a close encounter with a tornado. We couldn’t have done it without Andrew, Robin, Steve and Justin – the fabulous crew at Figge Art Museum. Now that it’s all said and done, we’ll organize our notes and be ready to assemble the piece at the next exhibition venue. Until next time Landscape!

Katie Phelps is the Curatorial Assistant/Visiting Artist Coordinator at Museum of Glass. She is an alumnus of Whitman College (BA) and University of Washington (MA). In her life outside of the Museum she is outside as much as possible, wearing skis as often as she does hiking boots.

Museum of Glass curator David Francis, who took a five month leave of absence to join his family in China, has sent us an update on how his stay in Beijing is going. It appears he’s getting a bit homesick. 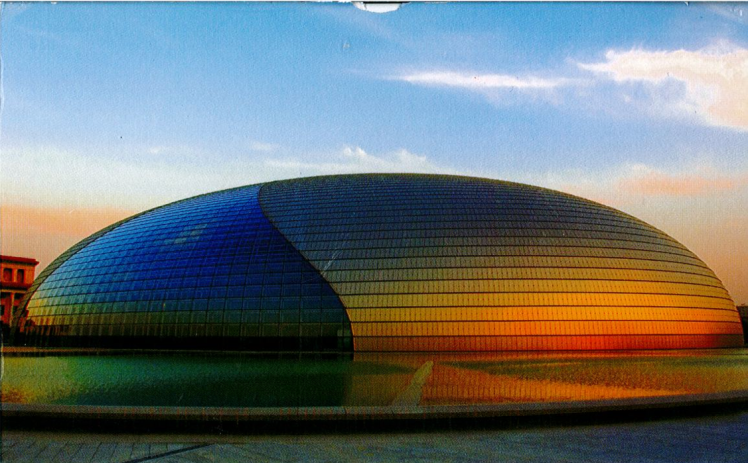 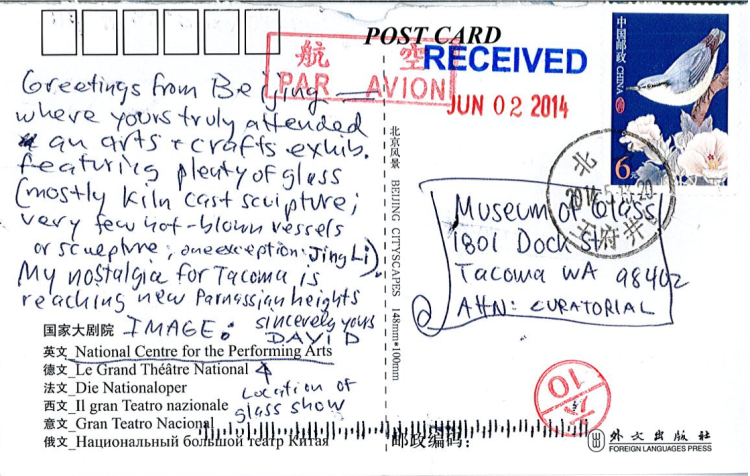 There are only three days left to see Kensuke Takeoka at work with the Hot Shop Team!
Today is Third Thursday! Museum of Glass is open late on the Third Thursday of every month - visit us after hours for FREE admission. Unwind after work with a stroll through the galleries, sit back and watch live glassblowing demonstrations in the Hot Shop Amphitheater, and treat yourself to dinner out at @incalmotacoma. 😊
🔥 Repost from @hilltopartists:
Last week, Museum of Glass Members attended “Barbini Uncovered,” an exclusive after-hours tour of “Maestro Alfredo Barbini: Nature, Myth, and Magic - The David Huchthausen Collection,” led by the Curator Susan Warner and Collector David Huchthausen. During this event, Members had the chance to hear from Huchthausen about what inspired him to begin collecting pieces by the Maestro - who had had little press in the United States at the time - and to learn from Warner about the process of designing the first exhibition dedicated to reexamining Barbini’s legacy.